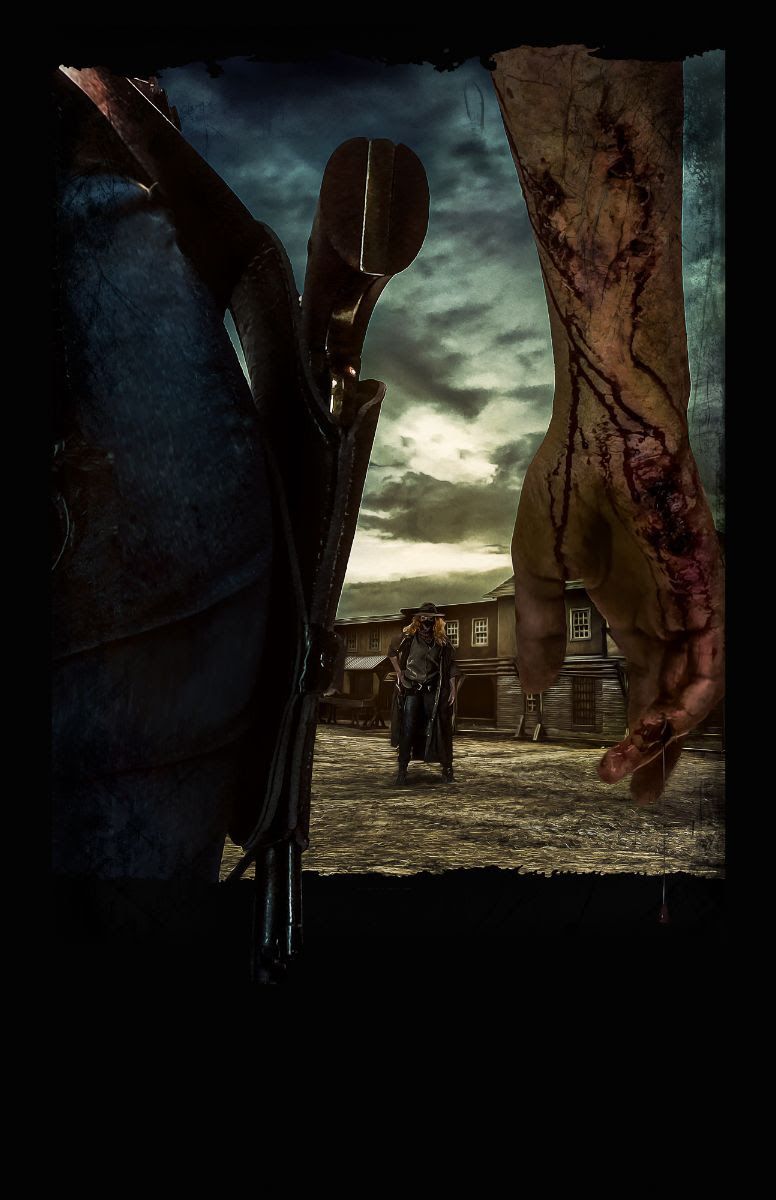 Willow Parker has spent two years with revenge on her mind… Tonight she’s found the man she’s been looking for, but in this small Texas town where their bloody paths have converged, the undead have followed behind her…

Prepare yourselves, fiends, for this bloody tale of the good, the bad, and the undying horror coming to consume them all… 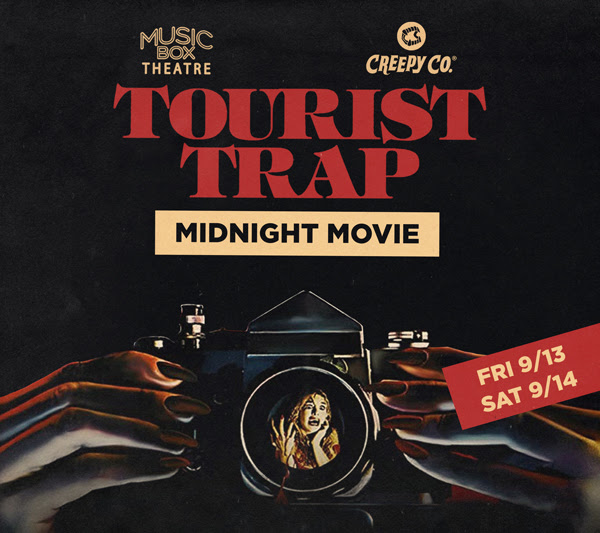 Creepy Co. is honored to be partnering with the historic Music Box Theatre to bring you the unheralded 1979 classic Tourist Trap (presented on 35mm for the first time in many moons)! And if that weren’t exciting enough, we’ll be bringing some EXCLUSIVE giveaways and creating a Lost Oasis take-over!

Here’s what to expect:

This weekend’s screening event is the first of many Creepy Co. & Music Box collabs, so bring your creepy friends, grab some popcorn, and help us start off strong!

On September 10th, VampCon Chicago, which was scheduled to take place September 20-22, announced that the event will not take place as planned and will be “rescheduled”. Not much other info has been made available, but you can read the Press Release at https://www.vampconchicago.com. 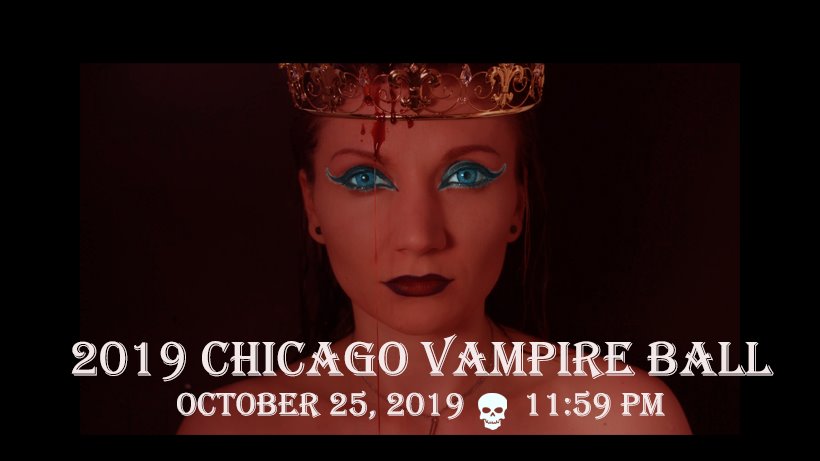 The following day, the Chicago Vampire Ball was announced for October 25th, complete with coupon code “darkchicago” to get $5 off tickets:

A raucous evening of live entertainment for and by Kindred. Culminating with the selection and coronation of Chicago’s Newest Queen Vampire! Long may she reign!

Following the coronation, the Queen invites all attendees to enjoy dancing, drinking and music by DJ El Richo until the sun comes up!

General Admission ticket includes one complimentary drink at the bar and one vote for Queen. Additional votes may be purchased at the bar!

Vampire attire is required. Fangs will be checked. Improperly attired attendees will be refused entry without a refund.

Free Parking is available in the Whole Foods parking garage. Bring your parking ticket for validation. 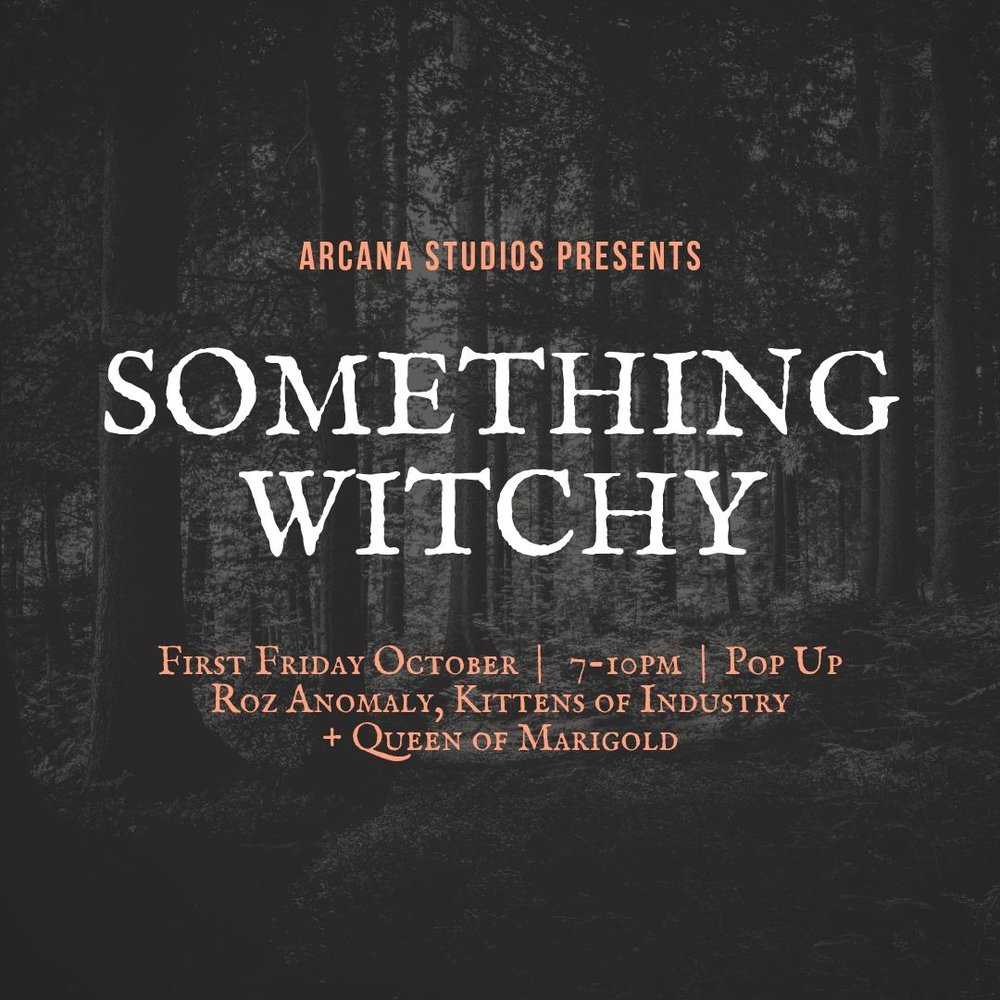 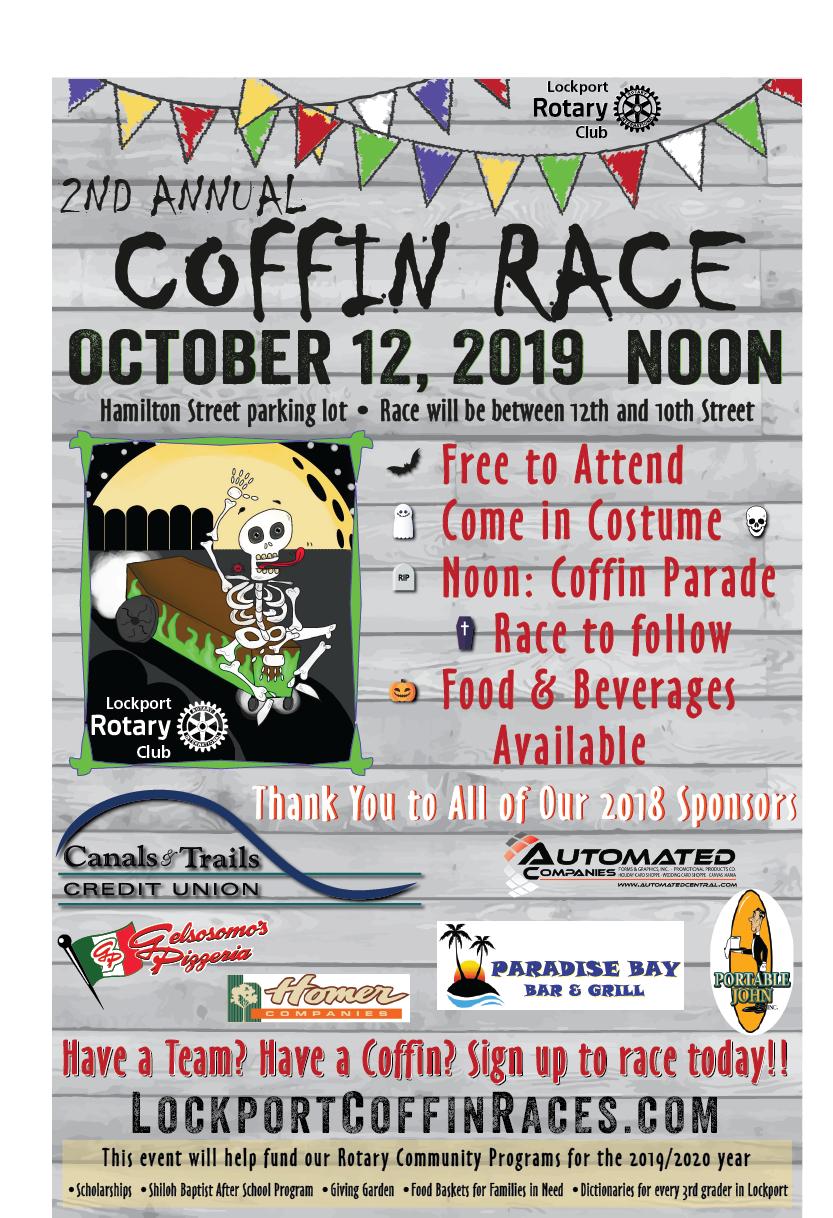 The Lockport Rotary Club presents the Second Annual Coffin Race Festival, Saturday, October 12 at 12:00 pm. The event is free to attend and costumes are encouraged. For full details visit https://lockportcoffinraces.com!