SEINFELD Meets THE WALKING DEAD…Not That There’s Anything Wrong With That!

Manhattan is overrun with a zombie apocalypse and the cast from television’s ‘Seinfeld’ is right in the middle of it! Is Jerry’s girlfriend stringing him along, or does she really possess an anti-zombie vaccine? Will George successfully trick Mr. Steinbrenner into thinking he’s a zombie, just to gain access to the executive washroom? Why is Kramer acting like a father from a 1950s television sitcom? Will Elaine learn the truth about David Puddy – whose either turning into a zombie or just incredibly, incredibly dense? One thing’s for sure – this hilarious parody is hardly a ‘show about nothing’!

Originally performed in Skokie, IL in June 2013 to sold-out crowds, “Zombie Seinfield” makes its Chicago premiere in October 2015 starring the original Jerry, George and Elaine! Featuring a haunted story seemingly ripped straight from the small screen and master impersonations of your favorite TV characters, yadda yadda yadda, this show proves that even surrounded by the undead, Seinfeld is still master of his domain. 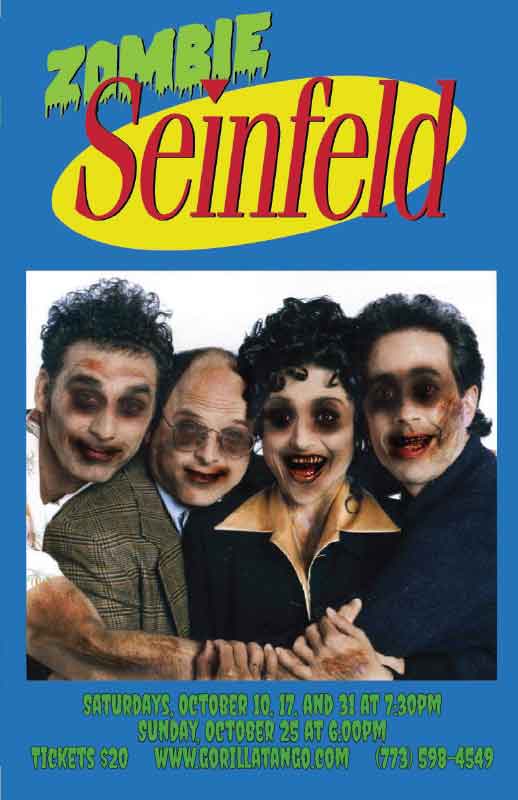