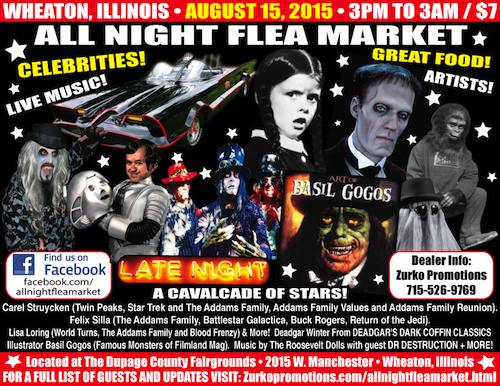 This Saturday, monster fans everywhere are heading to the Wheaton All Night Flea Market to meet cast members of The Addams Family and celebrated illustrator Basil Gogos on August 15th, from 3pm-3am! This festival runs late, so it’s a perfect time to get into the Halloween spirit a little early and meet fellow fans.

Tickets are only $7 and children ages 12 and under get in for free!