“You can have your rom-coms, your indie darlings and your blockbusters,” remarks Bruce Campbell. “I’ll take a good old-fashioned horror movie any day or night of the week!”

“With this program we covered just about all of our favorite scary things,” says festival director Josh Goldbloom. “Vampires, psychotic breakdowns, cannibals, killer dogs, contagious diseases, mummies, bad decisions, and easily the most evil half man, half bunny rabbit of all time. I can’t wait to present it to our fellow film nerds in Chicago!”

Opening Night gives audiences the chance to see the highly-anticipated horror anthology film Tales of Halloween, which features shorts from some of the best filmmakers in independent horror including Neil Marshall (Game of Thrones, The Descent), Darren Lynn Bousman (the Saw franchise) and Lucky McKee (The Woman, May, Masters of Horror), and starring Lin Shaye, Adrienne Barbeau, Greg Grunburg, Lisa Marie and more.

U.S. premieres include the gruesome Contracted: Phase 2; the ferocious Australian import The Pack; and the certifiably insane Bunny the Killer Thing.  Special film events include a 30th anniversary screening of Fright Night (1985), with writer/director Tom Holland in attendance; a “Cannibal brunch” featuring mountains of breakfast meats followed by a 35mm screening of the infamous Cannibal Holocaust (1980) introduced by Green Inferno director Eli Roth; and a special screening of Don Coscarelli’s cult classic Bubba Ho-Tep (2002), followed by a discussion with Bruce Campbell himself. Plenty of surprises are in store for audiences throughout the four-day event.

Jason Krawczyk’s He Never Died closes the Festival, starring Henry Rollins as Jack, a social outcast thrust out of his comfort zone when the outside world bangs on his door and he can’t contain his violent past. The film is a masterful combination of film noir, crime thriller, character study and horror story.

Films will screen at the Muvico Rosemont 18, 9701 Bryn Mawr Ave., mere blocks from the Wizard World convention hall. Screenings are free for Wizard World badge-holders (space permitting), and a limited number of festival badges and single tickets are available for fans who are not registered for Wizard World.

Festival badges are on sale for $100, and single screening tickets are available for $12. To purchase badges or tickets and view Festival schedule updates, visit www.bchff.com. 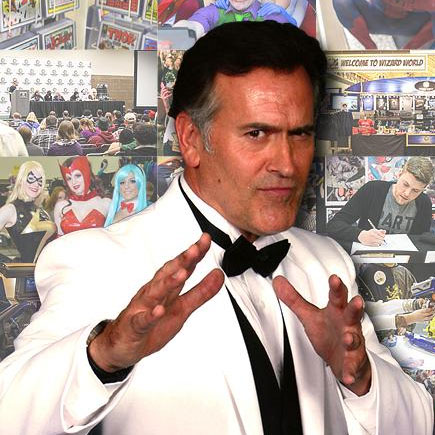