ACTOR MICHAEL ROOKER TO STAR IN “THE DRIVING DEAD”

SPRINGFIELD, Ill. (August 22, 2014) – “The Driving Dead,” a new Web series starring actor Michael Rooker, announces it will debut with an extended-length pilot episode on August 25, 2014. Rooker fans will be able to view the pilot and subsequent installments online, exclusively at www.TheDrivingDeadSeries.com.

The Driving Dead follows the survival stories of a group of road travelers as they face harrowing encounters in a post-apocalyptic world. Rooker, renowned for his roles in Marvel’s latest, “Guardians of the Galaxy,”and AMC’s, “The Walking Dead”has signed on to appear in the first four episodes.

“When I heard about The Driving Dead, I thought that the concept was really cool,” said Rooker. “In this series, we are able to share some really important messages in a way that is unlike anything that has been done before.”

Part of a new campaign spearheaded by the Illinois Department of Transportation, The Driving Dead series was created by Arthur Agency out of Carbondale, Ill. Leading up to the August 25launch, fans can connect with The Driving Dead on Facebook, Twitter and Instagram for up-to-date news and a behind-the-scenes look at the series. 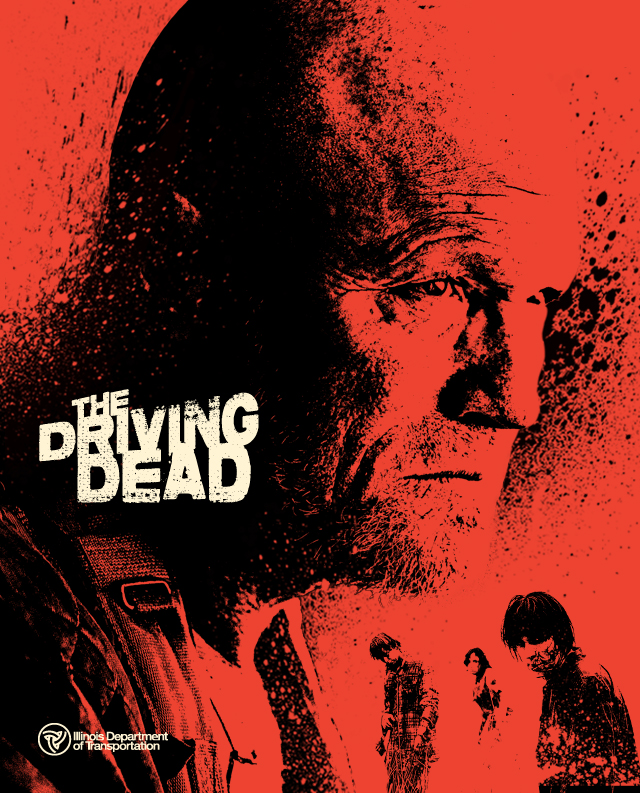