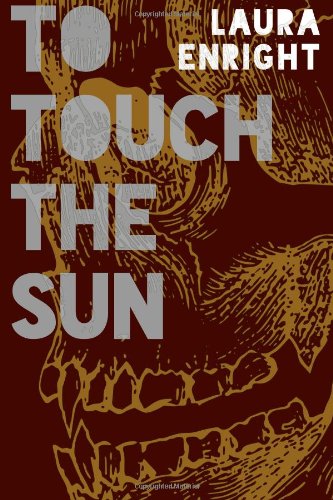 To Touch the Sun, the new novel by Laura L. Enright, was released Feb. 25 through Dagda Publishing. The novel, set in Chicago, is the first in Enright’s Sentient/Feral Vampire Series set in Chicago and is available on Amazon in paperback and Kindle format.

Narain Khan was 25 when he left his native India to fight in the trenches of the West­ern Front dur­ing WWI. It was his hope that he could stay on after the war to pur­sue his dream of study­ing the culi­nary arts and becom­ing a world class chef. Instead, he fell to shrap­nel amidst the car­nage of No Man’s Land which, when dark­ness fell, attracted a roam­ing pack of feral vampires–mindless feeders–who fell upon the sol­diers left wounded and dying. Attacked by the fer­als, Narain was trans­formed into the other type of vam­pire: A sen­tient capa­ble of mov­ing about in soci­ety with only a few restric­tions and able to feed with­out killing the host.

Narain has reached a cross­roads. Help­ing him adjust to his con­di­tion through the decades was his beloved Sophie who was not only his wife, but his food source once they real­ized she wasn’t sus­cep­ti­ble to the con­di­tion. Her sac­ri­fice enabled him to lead as nor­mal a life as pos­si­ble, mak­ing hunt­ing for food unnec­es­sary. Can­cer had taken Sophie the pre­vi­ous year and after the stock of blood she had saved up has been depleted, Narain is faced with again hav­ing to hunt for his food, some­thing he is both morally opposed to, but also causes him to fear pass­ing on the con­di­tion to unwit­ting, per­haps dan­ger­ous hosts. If left too long, how­ever, hunger can bring out the deadly feral nature even in a sen­tient vam­pire. As a well-??respected chef and owner of a suc­cess­ful Chicago restau­rant, Narain has worked hard to pro­mote a veneer of nor­mal­ity. The last thing he and his busi­ness part­ner and friend Dom Amato needs is for Narain’s hunger to get the bet­ter of him.

Events con­spire, how­ever, to drag Narain away from the safe life he has cul­ti­vated back into one of mad­ness and dan­ger: The attrac­tion he feels for micro­bi­ol­o­gist Cassie Lam­bert, who has a link to his past Narain is unaware of, and the re-??emergence of a ghost from the Great War. Cap­tain Regi­nald Jame­son was a sadis­tic preda­tor when Narain had chal­lenged him dur­ing their ser­vice in the trenches of France. The vam­pire Jame­son of 90 years later is infi­nitely more dan­ger­ous, his sadism backed by the bizarre abil­i­ties of their con­di­tion. The dis­cov­ery that Cassie Lam­bert has made about the cause of vam­pirism is one that Jame­son is will­ing to kill to obtain.

Jame­son has brought back another ghost from their shared his­tory in his search to find immu­nity to sun­light. The exper­i­ments of his researchers, how­ever, have resulted in the cre­ation of a third, more ter­ri­fy­ing breed of vam­pire: Boris, a psy­cho­pathic mon­ster who will stop at noth­ing to destroy all in his path.

In try­ing to pro­tect Cassie from Jame­son and Boris, Narain will have to rely on skills that he’s allowed to atro­phy over the decades. In a cli­matic strug­gle, Narain will have to learn that to defeat the real mon­sters, he has to embrace what he is and awaken the beast within.

To Touch The Sun is her first full-length horror novel. Laura was a guest on WGN Radio’s Nick Digilio Show on March 12 and will also be appearing at The Printer’s Row Lit Fest at 10 a.m.-2 p.m. Sunday, June 8 as part of the Chicago Writer’s Association Group. For news and information on future book signings, visit http://laura-enright.com/.

For more information on the series visit http://enrightvampires.blogspot.com/